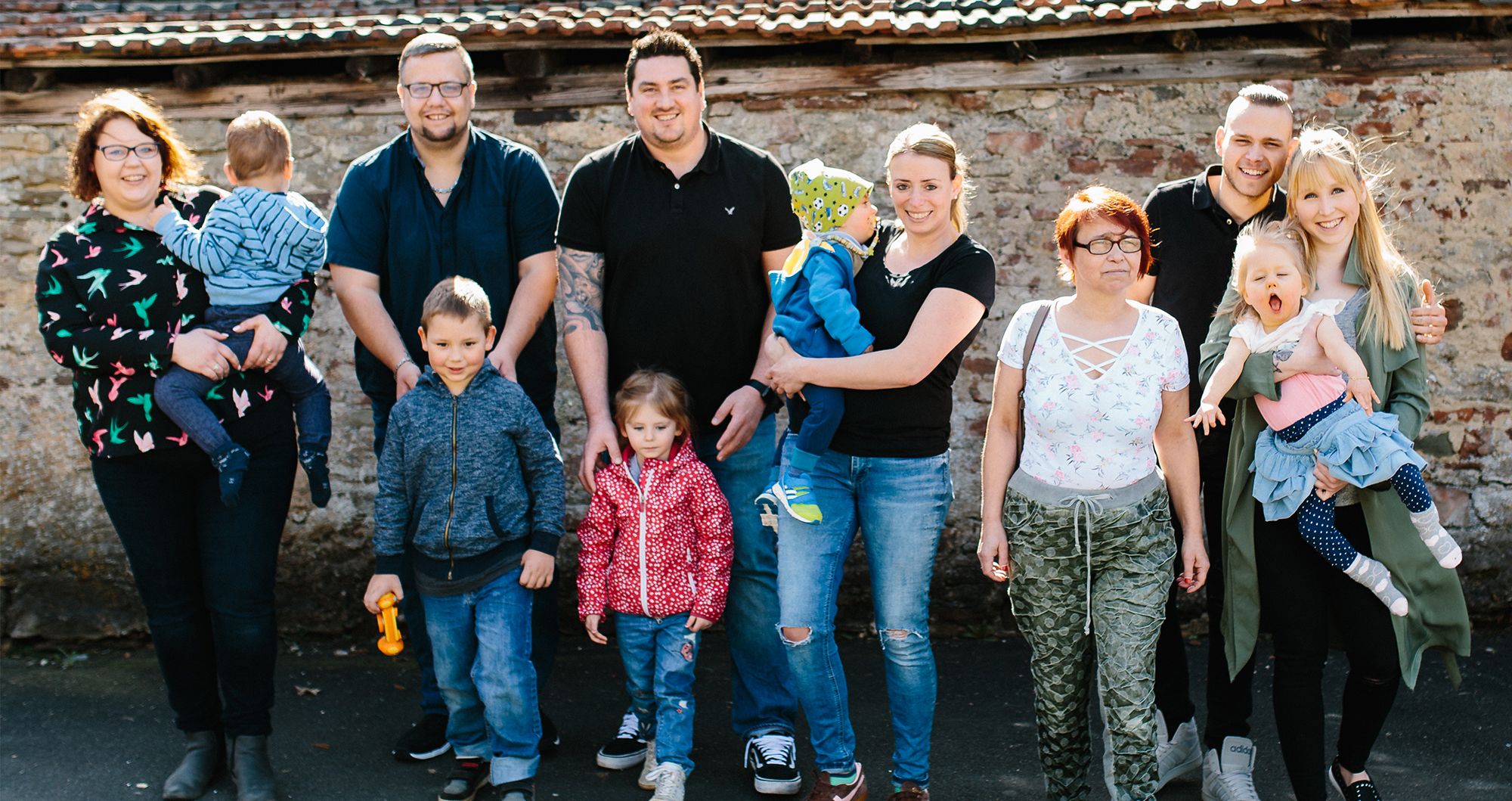 The so-called KCNQ2 encephalopathy belongs to the group of epileptic encephalopathies (dysfunctions of the brain with epilepsy as a leading symptom) of early infancy, the children typically experience epileptic seizures in the first week of life. The seizures occur as “stiffening” of the body (toning), which is often accompanied by twitching (myoclonus) and changes in breathing or heart rate. The seizures are usually very common (many a day) and often difficult to treat. Typically, the seizures during this time are associated with abnormal brain wave patterns in the EEG. The seizures in KCNQ2 encephalopathy often resolve within months to years, but the children all have a more or less severe combined developmental disorder of motor, mental and linguistic functions. The impairment can range from mild to severe, depending on a number of different factors. Some children may have features of autistic behavioral disorder. Few of the children will not be completely seizure-free in the later stages and need several drugs for seizure control for many years.

The history of KCNQ2 encephalopathy begins with the identification and characterization of another related epilepsy of early infancy, the so-called benign familial neonatal seizures (Benign Familiar Neonatal Seizures BFNS). This benign form of epilepsy was first described in 1964 by Rett and Teubel as a syndrome. They reported a family of eight people over 3 generations. The youngest child had seizures at the age of three days, described as tonic-clonic events that occurred several times a day. The EEG was always normal between seizures and the children developed completely normal after the seizures were stopped. This typically happened later in early childhood. Over the next twenty years, other families with similar stories were described. In some cases, seizures continued later in life, but development and progression were otherwise favorable. The pattern of heredity was found to be autosomal dominant (see section Affected populations for further explanation), and genetic testing linked the disorder to the long arm of chromosome 20 (for more definitions, see the “Causes” section). In 1998, researchers identified a gene in the region similar in structure to a potassium channel in the heart. This new gene was named according to the convention KCNQ2. Subsequently, several families were identified, whose course was not benign and had either persistent seizures that did not respond to medication or were accompanied by serious developmental disorders in the further course. This prompted a group of researchers to study patients with severe neonatal epilepsy syndromes for mutations in KCNQ2. Eight children were identified from the group of 80 patients and the children shared many characteristics. Since this first publication in 2011 numerous other people have been diagnosed and the syndrome has been defined more precisely.

The gene that is altered in patients with KCNQ2 encephalopathy is the gene for a potassium channel in the brain that is located at the long arm of chromosome 20 at position 13.3 (20p13.3).
Chromosomes are located in the cell nucleus of human cells and carry the genetic information for each individual. Human body cells usually have 46 chromosomes. Pairs of human chromosomes numbered 1 to 22 are called autosomes, and the sex chromosomes are referred to as X and Y. Men have an X and a Y chromosome and women have two X chromosomes. Each chromosome has a short arm labeled “p” and a long arm labeled “q”. Chromosomes are further subdivided into many bands that are numbered. For example, “chromosome 11p13” refers to band 13 on the short arm of chromosome 11. The numbered bands indicate the position of the thousands of genes present on each chromosome.

KCNQ2 belongs to a family of other ion channel genes and is sometimes abbreviated as Kv7.2. Ion channels are pores in the cell membrane that allow charged atoms (ions) to flow in and out of cells, playing a key role in a cell’s ability to generate and transmit electrical signals. These genes share important properties and are named to reflect them. “K” is the chemical symbol for potassium, which is a positively charged atom. CN is an abbreviation for Channel. This gene is the second member of the Q subfamily, indicating that the channel is voltage-gated. This means that the channel opens according to the charge in its cellular environment. Mutations in the KCNQ2 gene cause a spectrum of diseases ranging from benign childhood seizures to epileptic encephalopathy, which are likely to be due to the degree of dysfunction in this channel. Those causing encephalopathy are typically in several distinct areas; However, recent literature suggests that the differentiation of the individual forms of progression may be more complex than originally assumed.
It is estimated that approximately 1 in 26 people develop epilepsy during their lifetime, with an incidence of about 44 / 100,000 people. The incidence is highest in young children and older adults with children, who often have the most severe forms of epilepsy. The incidence of epilepsy in children under 2 is estimated at 70.1 per 100,000, based on a recent population study conducted in North London. In this study, severe epilepsy associated with abnormal development and EEG (epileptic encephalopathy) were identified in 22 (39%) of 57 children. KCNQ2E affects men and women in equal numbers. Several researchers have attempted to determine the frequency of this disorder by testing groups of children with undiagnosed seizures who shared some of the features of KCNQ2E (neonatal outbreak, epileptic encephalopathy). In a group of 84 patients with neonatal or neonatal seizures and associated developmental disorders, mutations in KCNQ2 were identified in 11 patients (13%). In another group of 239 patients with early childhood epileptic encephalopathy (EIEE), 12 patients (5%) had mutations in the KCNQ2 gene.
KCNQ2E is considered an autosomal dominant disease. Most genetic diseases are determined by the status of the two copies of a gene, one from the father and one from the mother. Dominant genetic disorders occur when only a single copy of an abnormal gene is necessary to cause a particular disease. The abnormal gene may be inherited from each parent or may be the result of a new mutation (gene change) in the affected individual. The risk of passing the abnormal gene from an affected parent to a progeny is 50% for each pregnancy. The risk is the same for men and women. In some individuals, the disorder is due to a new (de novo) genetic mutation that occurs in the egg or sperm cell. In such situations, the disorder is not inherited by the parents. Most children with KCNQ2E have a de novo gene mutation; However, a small number have a gene mutation inherited from an unaffected or slightly affected parent in a pattern called a mosaic. This means that only a few cells in the parent’s body contain a copy of the altered gene. Symptoms of the following disorders may be similar to those of KCNQ2E. Comparisons may be useful for a differential diagnosis: Epilepsy is a group of neurological disorders characterized by abnormal electrical discharges in the brain. It is characterized by loss of consciousness, convulsions, convulsions, sensory confusion and disturbances in the autonomic nervous system. There are many different types of epilepsy and seizures and the exact cause is often unknown. Epilepsy can also occur as part of larger genetic syndromes. Types of epilepsy or disorders related to epilepsy include Rett syndrome, Angleman syndrome, Dravet syndrome, and West syndrome. Ohtahara syndrome (OS), sometimes referred to as early childhood epileptic encephalopathy (EIEE), is a rare form of epilepsy that typically occurs during the first 1-3 months of life. It is characterized by frequent tonic seizures that are difficult to treat. Tonic seizures appear as stiffening of a limb or the body. The disorder is also characterized by a severely abnormal electroencephalogram (EEG) called “burst suppression,” in which brief periods of abnormal brain activity (bursts, such as lightning strikes) are separated by several seconds of rest. Otahara syndrome is considered an epileptic encephalopathy because it is believed that this abnormal brain activity contributes to the cognitive and behavioral impairments associated with the disorder. Most children will develop more types of seizures, such as child cramps or Lennox-Gastaut syndrome, as they get older. There are many causes of this epilepsy syndrome, including metabolic disorders, genetic and structural brain malformations or injuries.

Lennox-Gastaut syndrome (LGS) is a rare form of epilepsy that typically occurs in infancy or early childhood. The disorder is characterized by frequent episodes of uncontrolled electrical brain disorders (seizures) and, in many cases, delays in acquiring skills that require coordination of mental and muscular activity (psychomotor retardation). Individuals with the disorder may experience various types of seizures including drop attacks, tonic seizures, absence and convulsions. The term Lennox-Gastaut syndrome is descriptive and may be due to or associated with a number of different underlying diseases or conditions.

The diagnosis of KCNQ2E is ultimately made by molecular genetic testing. This can be done by examining only the potassium channel gene or by sending assays looking for sequence changes in a number of genes associated with epilepsy in infancy (so-called panel examination).

The treatment requires interprofessional teams of specialists. Paediatricians, neurologists, developmental physicians and / or other health professionals may need to systematically and comprehensively plan the treatment of an affected child. For some children, anticonvulsant therapy may reduce or control the various seizures associated with KCNQ2E. Anticonvulsive drugs have many different mechanisms of action and it is not clear which drugs are best for KCNQ2E. Some reports suggest that children respond best to drugs that affect how sodium or potassium flows into nerve cells (sodium channel blockers, potassium channel openers); However, the number of registered children has been too small to draw these conclusions. If seizures do not respond to medication, other treatments may be considered, including special diets (e.g., ketogenic diet), appliances and surgery.

One of the first steps in the evaluation of new onset seizures in an infant is to characterize the pattern of brain activity associated with the seizures. This is done by an electroencephalogram or EEG. This is a painless and non-invasive means of recording patterns of brain electrical activity. Electrodes placed on the scalp capture and store the electrical waves during activity, sleep and seizure times. KCNQ2E is often associated with a burst suppression pattern in the EEG but may have other nonspecific anomalies and, unlike BFNS, is typically not normal between seizures.
When seizures occur in childhood, there are a number of potential causes that may need to be ruled out before genetic testing is performed. This often depends on the presentation and other clinical factors. Tests that can be performed include ratings for infections, electrolyte imbalances, metabolic disorders and structural problems in the brain.

Magnetic resonance imaging (MRI) is a radiological technique that uses a magnetic field to produce detailed images of brain slices or brain slices. The images may be information about any malformation of brain structures or bleeding and other causative disorders for the development of epileptic seizures.

After the first suspected diagnosis, the molecular genetic confirmation is carried out by sequencing the KCNQ2 gene. Often, the disease is also found in group genetic examinations, the so-called panels.